This was a very special engagement session for me for two reasons. First, I made these two fun and beautiful friends, and second, several of the photographs we produced from this prewedding photoshoot received international awards.

Ayfer first contacted me to photograph her wedding with Jon. But, being from the US, Jon wanted to do an engagement session as well. 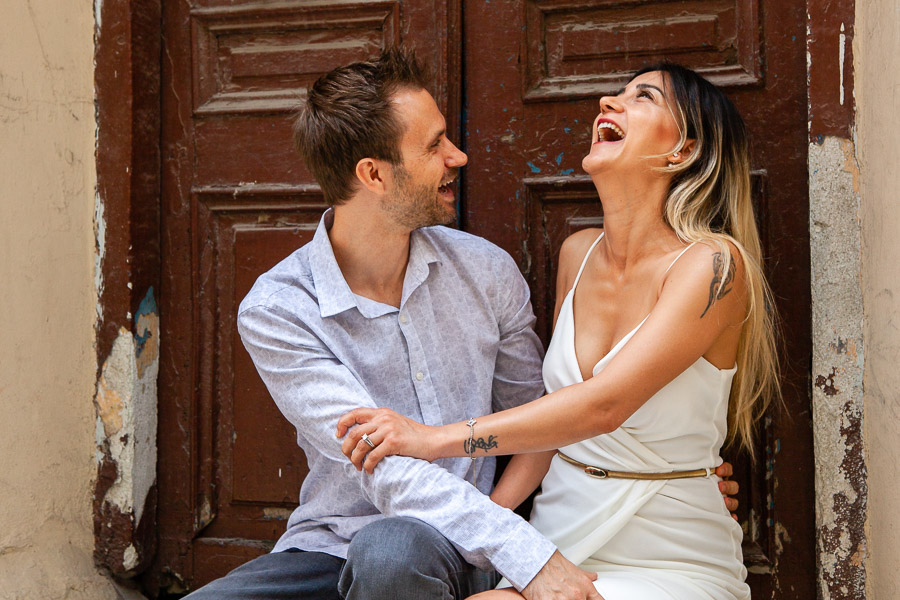 Jon was already living in Istanbul, and finalizing his work on his book, Grass is Browner. They both knew Istanbul well, so we decided to go to Balat.

Photographing such easygoing and loving couple was too much fun. And the backdrop of Balat gave us many options to express their personality. 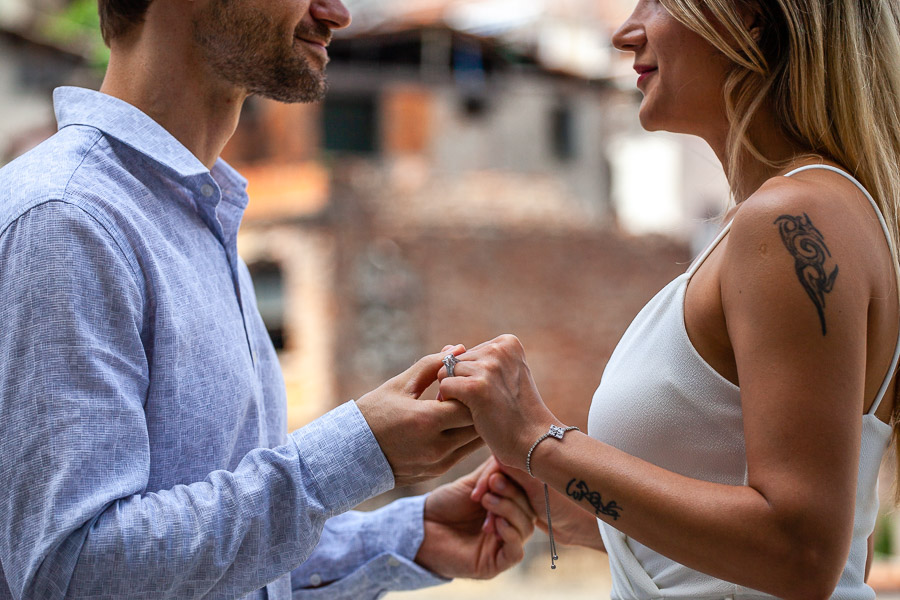 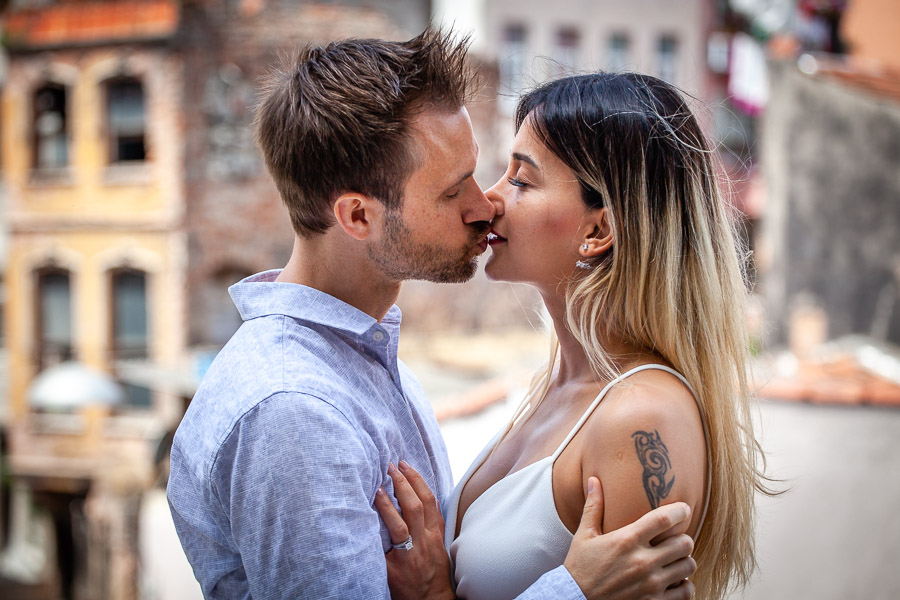 They had a similar taste in many things. But one thing was an exception; Jon liked bright and colourful backgrounds in photographs. So when he saw this door, he wanted a photo in front of it. 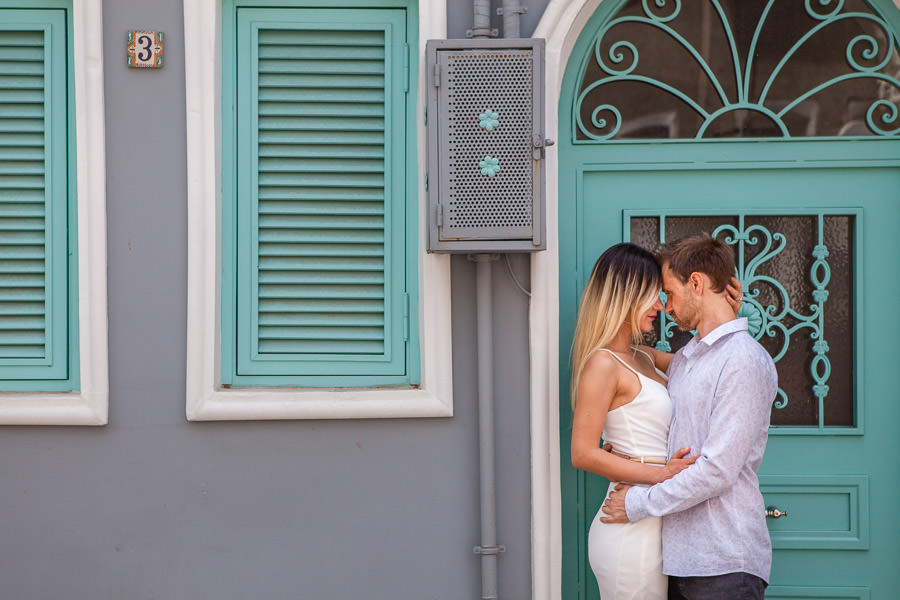 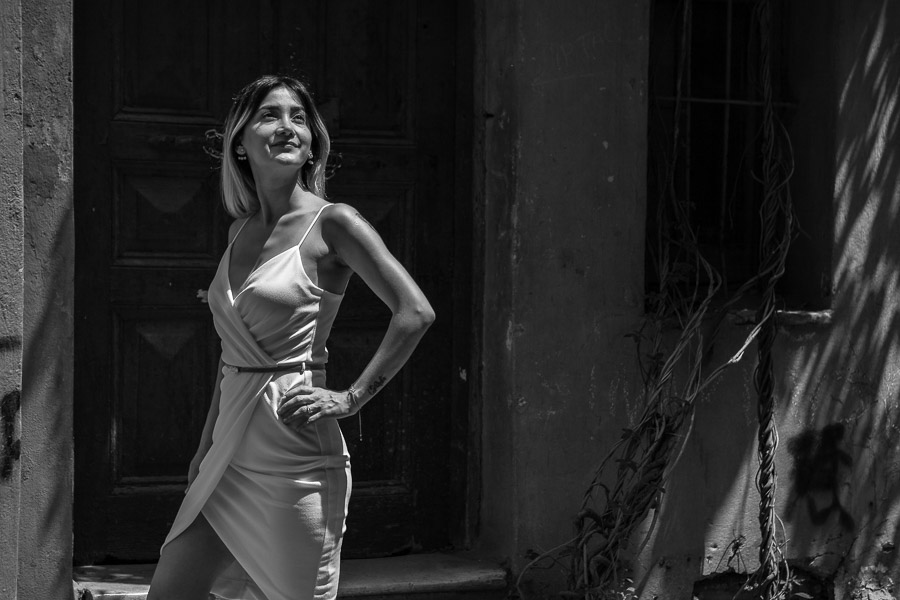 Balat still has this bit of a historic atmosphere. Its residents also match with that feeling. This combination provided us with great contrast, both in color and context. 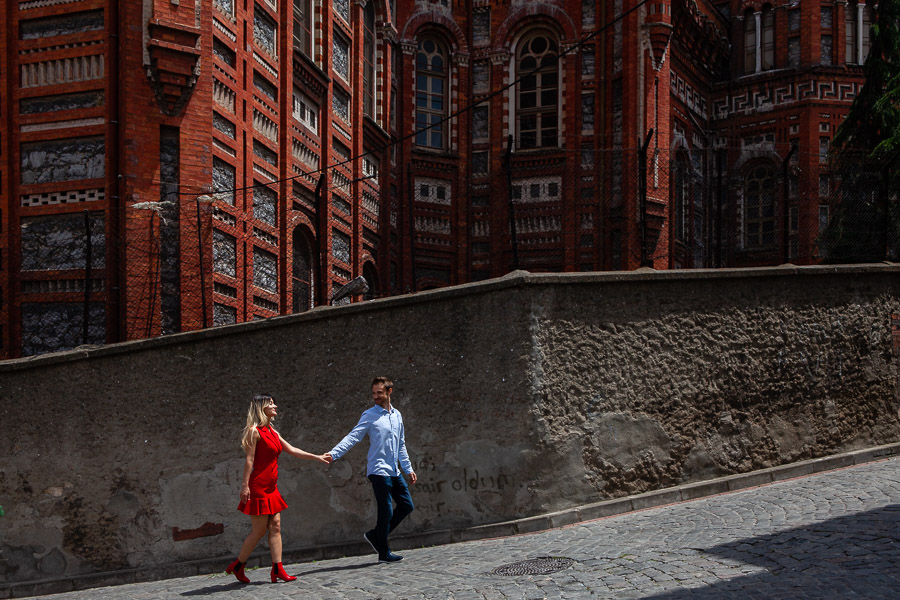 Being resided with locals, the district also gave us little surprises. We managed to get the most of these. In fact, I have received one of my diamond awards with the following photo. 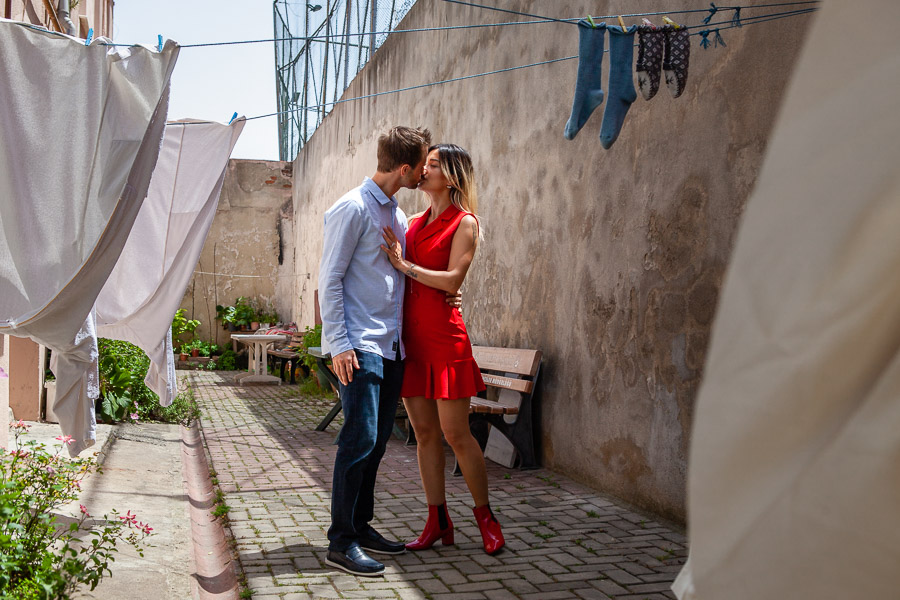 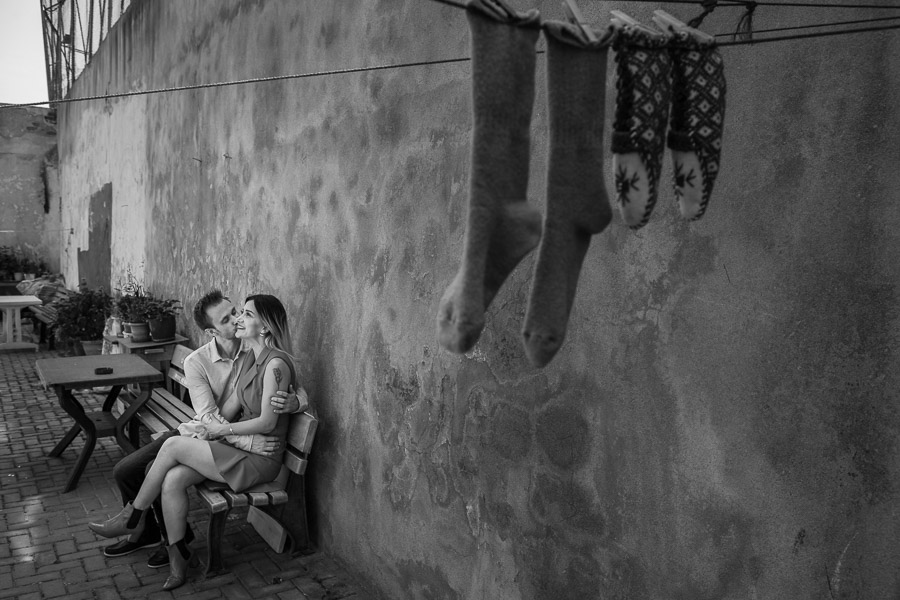 Below is another award winning photo. The moment I saw the light falling on the wall, I knew we were going to get a great photo from it. I asked them to step in and have fun. And they did perfectly. So, it was awarded by WPJA. 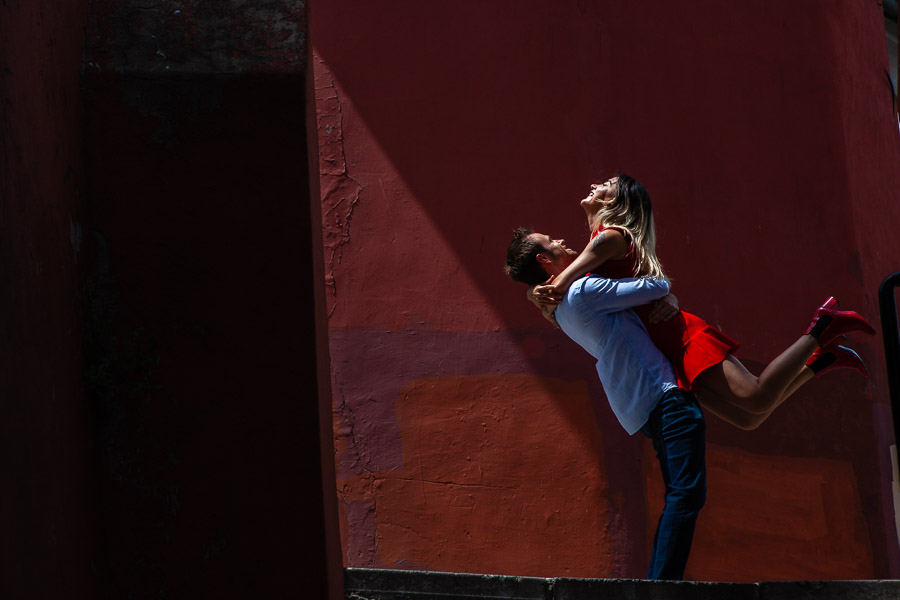 Well, the award we got from this next photo should actually go to Jon. I was only photograhing them in good light, when Jon decided to add a bit of fun to the scene. All I did was to capture this moment. 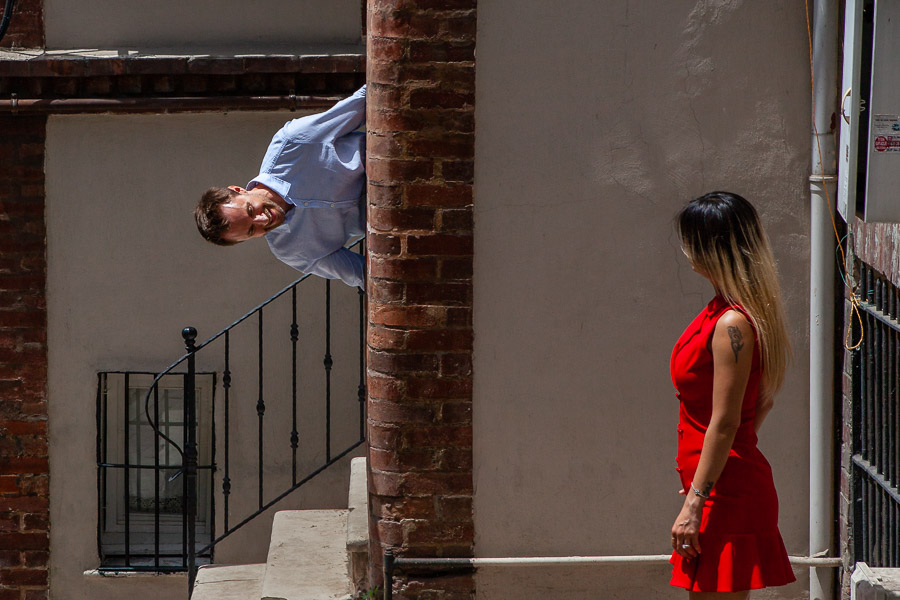 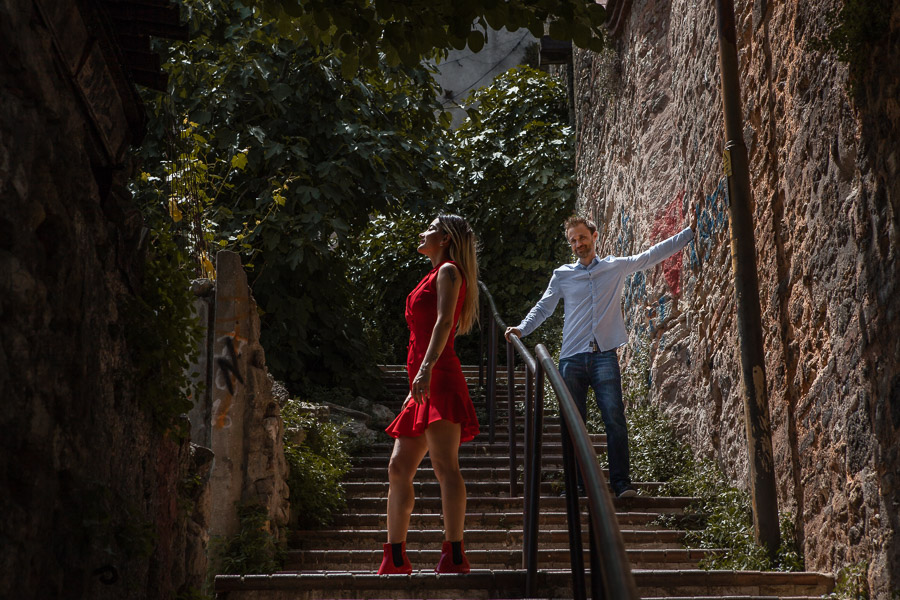 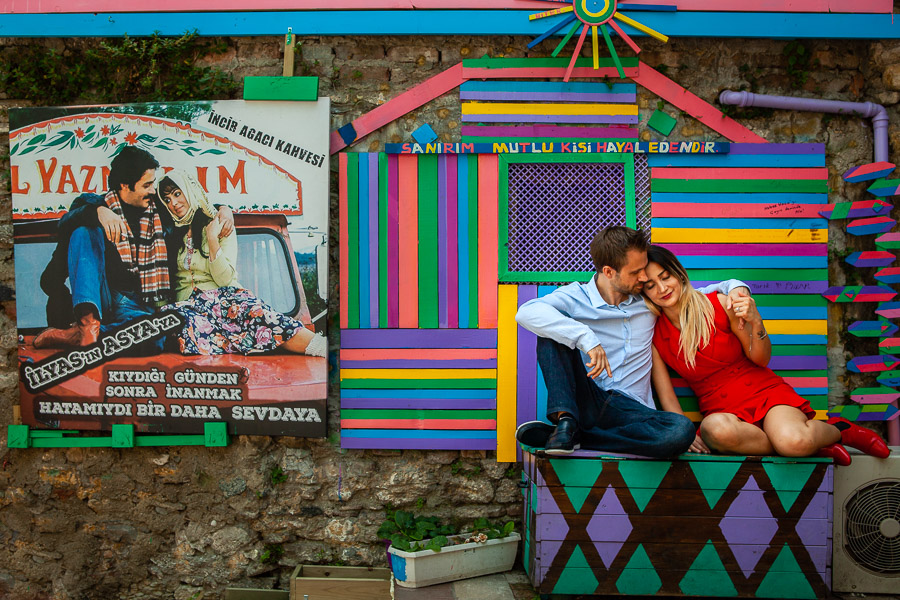 We had a great engagement session with Ayfer and Jon. As you can imagine, their wedding was also lovely. You can check the story of their Church of St. Anthony of Padua wedding here. 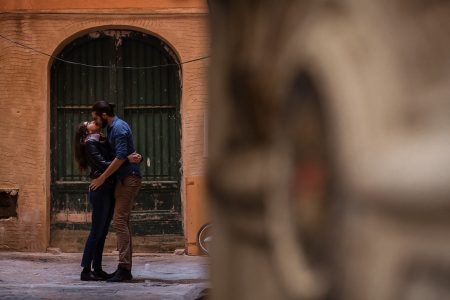 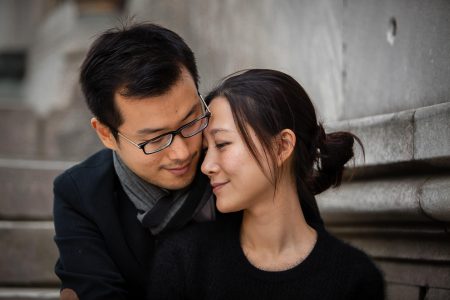 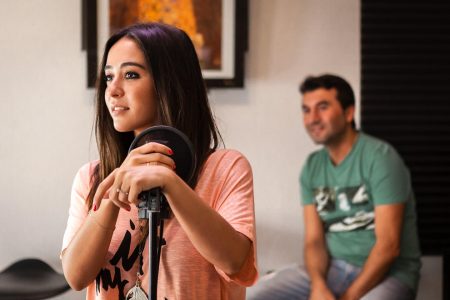 Save the date photoshoot in a recording studio